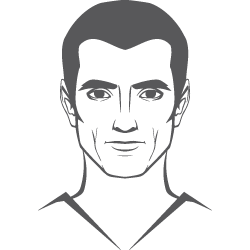 If you are one of the fortunate ones that haven't had to pack up an entire house or apartment and move yet and you have to do so, you aren't in for a whole lot of fun. Moving is a lot more work than most people realize until they are neck-deep in packing peanuts and moving boxes. My blog was created to help those first-time movers find their footing and create a plan that will make the process a little more easy. Take your time and peruse the included tips and hopefully, your big move won't be a big headache.

When you hire a local moving crew to assist you on the day of your move, you've taken an important first step toward making the big day go as smoothly as possible. Professional local movers will not only do the heavy lifting, but can also make the job go quicker to help you settle into your new home in no time. Given that your mind will be filled with a variety of moving-related matters on the day in question, it's important to put some thought into the tipping process before the work begins. Here are three important things to keep in mind about tipping the moving crew.

Your Tip Should Be A Percentage Of The Moving Bill

Several Factors Can Influence The Exact Amount You Tip

Just as is common with tipping for other services, the quality of the moving crew's work, as well as your interactions with the crew's members, can influence the exact percentage that you give. You might wish to tip more generously for a crew that shows a high degree of conscientiousness in protecting your goods and your home. Additionally, it's often appropriate to tip a higher percentage if the crew had to move a number of especially heavy or difficult items, endure challenging physical issues such as several flights of stairs or contend with inclement weather.

Tip Each Mover At The End Of The Day

While it might seem efficient to give a pile of tips to one mover and ask that he or she distributes the money to the rest of the crew, the best approach is to handle this task yourself. Once you've decided exactly how much you'll be tipping each mover, approach the crew members one at a time to hand over the money. You should never make a big deal about tipping -- simple express your thanks verbally and then hand the mover the money. Remember not to detain the crew at this time; it might be headed to another job.